American Values, Religious Voices is proud to present “Dear President Biden.” This live, virtual event features award-winning actors, musicians, a U.S. Congressman and youth activists as they animate letters from the Values & Voices campaign. The performance will be presented nation-wide on Zoom followed by a community conversation about ways we can strengthen our communities and help our country live up to its highest ideals.

For the entirety of the event, both ASL interpretation and closed captioning will be available to all participants.

The event is FREE to the public with reservations required.  REGISTER HERE.

The event is directed and hosted by Philadelphia-based theater director and producer David Bradley. Bradley has gained acclaim for civic-themed arts projects with Americans for the Arts, the National Constitution Center, World Cafe Live, People’s Light, Theater of War, and Temple University’s Institute on Disabilities. Bradley will also facilitate the community conversation. 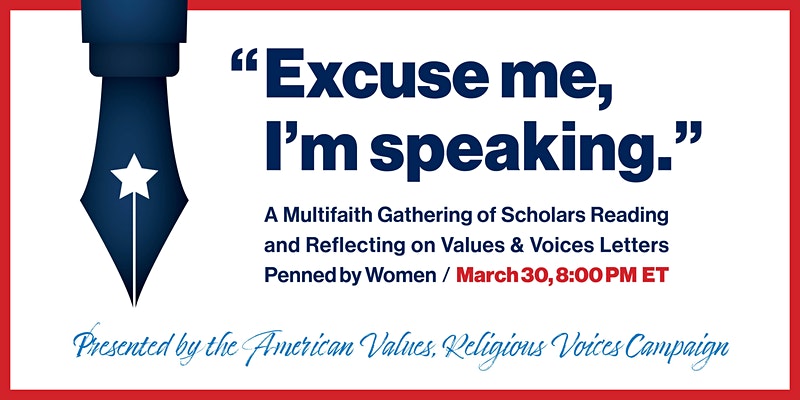 Conclude Women’s History Month with a conversation by and about women religious studies scholars. Panelists will engage each other and the audience in a discussion about the contribution of women to the 100 day initiative and to religion and politics.