I write to you as a biblical scholar who knows how much the Bible has influenced American culture. As an elected representative of our nation who is charged to enact the values embedded in the Constitution—values with roots in biblical traditions—I invite you to reflect on the complexity of that charge.

I think about the state of our nation through the lens of the prophetic texts that continue to speak honestly about our flawed human condition. The book of Jeremiah, in particular, reflects the tragic consequences of foolish leaders who refuse to heed the warnings of national disaster.

Throughout the book, Jeremiah predicts that Jerusalem will fall to the Babylonian assault, repeatedly describing the dire fate that becomes a reality in 587 BCE. Although the book often casts the whole nation as sinful, Jeremiah’s interactions with those in power make it clear that the citizens of the city suffer because of the decisions of their trusted leaders.

In chapter 36, King Jehoiakim burns a scroll that contains Jeremiah’s pronouncements, thinking that he thereby will silence the critical and disruptive prophet. Especially given the infrequency of written texts at that time, the king’s action amounts to state-sponsored censorship, a desperate attempt to change history and alter the nation’s fate. But the city’s destruction demonstrates the king’s folly.

As your presidency begins, the nation watches to see what kind of leader you will be. When Jehoiakim burns the scroll, he feels none of the trepidation or uncertainty experienced by many of his advisors. The king’s blind self-confidence puts the national security of the entire land at risk. Will the confidence of our elected leaders reach to that level of hubris and folly? Will you be able to discern the wise and prescient voices among the cacophony of advice you receive?

I hope and pray that the next four years turn out to be a beacon in American history, a time that ushers in a new era of humble servant leaders who can listen to wise counsel. The fate of the nation rests with you. 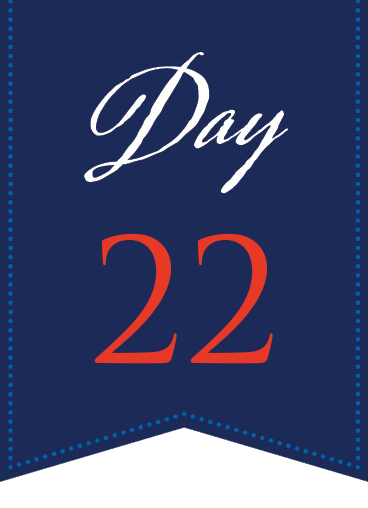 Corrine Carvalho, Professor of Theology and Interim Dean of Social Work at the University of St. Thomas, earned her M.A. from Graduate Theological Union in Berkeley and Ph.D. from Yale University. She has published numerous articles and books on Ezekiel and Jeremiah, along with Encountering Ancient Voices: A Guide to Reading the Old Testament, Second Edition (2010).