Through the Establishment Clause of the Bill of Rights, our founding fathers enshrined the principle of the shared humanity of all citizens, no matter their creed. This document mandates that our most closely held religious truths cannot be used to control the lives of other citizens through government legislation: “Congress shall make no law respecting an establishment of religion, or prohibiting the free exercise thereof.”

In America, we rule not without religion, but with a recognition that people worship in different ways and, more broadly, live in this world in different ways. This innovative American value allows all citizens, no matter how or what they believe, to flourish and contribute to this great country.

Our founding fathers were wise enough to recognize that strongly held religious beliefs can stand in the way of good governance. This is especially true when legislation involves religious or ideological notions not shared by all Americans, as is the case with contentious issues like abortion. Democracy and the respect for religious differences upon which it was founded necessitate compromise.

The ancient rabbis Hillel and Shammai model respect for diversity of opinion. These two first century sages and their followers disagreed on many of the fundamentals of Jewish law and practice; yet they did not disparage each other’s different rulings. The pages of the Mishnah and Talmud preserve their opposing opinions side by side. In one particular case, they disagreed on who should be allowed to marry whom (Mishnah Yebamot 1.4; Babylonian Talmud Yebamot 14a). Nevertheless, those ideological disputes did not prevent their followers from living together and engaging each other in meaningful dialogue on this and other issues. Why? Because survival and communal unity demanded that they learn to disagree amicably and to live with mutual respect.

We in America would do well to learn from both our founding fathers and the ancient rabbis. For the sake of the greater good, we need to strive to understand one another and respect our differences, even when we “agree to disagree.” 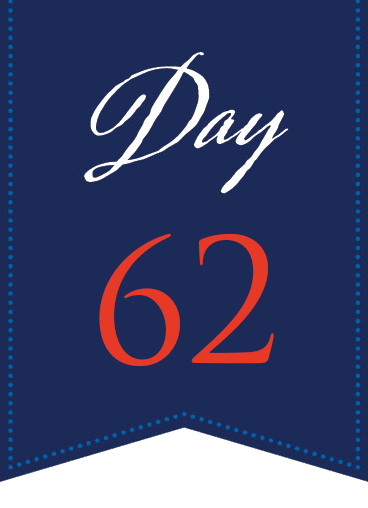 Naomi Koltun-Fromm, Professor of Religion at Haverford College, received her MA and Ph.D. from Stanford in history and Jewish Studies. She specializes in Late Ancient Jewish history, Jewish and Christian relations, religious polemics, comparative biblical exegesis, rabbinic culture and the Syriac speaking churches. She recently published Hermeneutics of Holiness: Ancient Jewish and Christian Notions of Sexuality and Religious Community, and her present research focuses on the representation of Jerusalem in early Jewish, Christian and Muslim writings.