With this diverse new administration, hope is alive again in America. But, our country is bruised and bloodied. In the words of Abraham Lincoln, “a house divided against itself cannot stand.” Your predecessor wrought unprecedented hate and harm upon our nation’s citizens. We will suffer the consequences of his treason, corruption, proliferation of disease, and rampant racism for years to come.

He was not the first leader to abuse his power or betray his people. Qur’an 27:34 teaches: “Indeed, when kings enter the land, they devastate it. And they make its noblest citizens most humiliated. This is what they do!” It is believed the Queen of Sheba uttered these timeless words of wisdom in protest against the tyranny of King Solomon. These few words contain powerful symbolism and valuable lessons.

“…heed the call of women and people of color when they cry out against injustice.”

First, be not a tyrant before our nation or the world, nor invoke the tyranny of the masses. History will judge many presidents for making war and overthrowing governments across the globe, or for stoking a deadly insurrection here at home. America now sees the cycle of “terror” for what it truly is, projecting the cruelty of white supremacy onto others. Your inauguration speech was the first in American history to address white supremacy, but your condemnation of our nation’s greatest scourge is incomplete until you desist from white supremacist wars in the Middle East and elsewhere.

Second, we recall the stain of American slavery, Jim Crow, and systemic racism, when tyrants humiliated our noblest citizens. But no more! America’s standing before the world is regained, not through war and violence, but through the mutual respect of its citizens, and citizens from around the world.

And third, the queen’s utterance reminds us to heed the call of women and people of color when they cry out against injustice. They are the ones disproportionately oppressed, and they are our country’s greatest source of nobility and progress for the 21st century.

The social and environmental challenges before us are grave and daunting. My hope is that you will ensure that America closes its chapter on terror and tyranny and welcomes a new era where humanity prevails, a world where kindness matters, where diversity and representation matter, where accountability and democracy matter, and where truth and science matter. 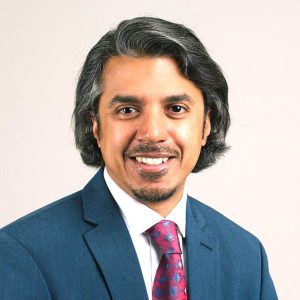 Emran El-Badawi, Program Director and Associate Professor of Middle Eastern Studies at the University of Houston, is co-founder of the International Qur’anic Studies Association, which is dedicated to critical and respectful study of the Qur’an, as well as building bridges and promoting peace and mutual understanding through scholarship. His work has been featured in the media, including The New York Times, Forbes, and Al-Jazeera.