Recent events in our beloved country have exposed the frailty of much that we have taken for granted. At this time of crisis, we need courageous and creative leadership.

The Jewish Bible (Old Testament) was born in response to catastrophe and defeat. In the face of devastation, some refused to give up hope and set about the task of reimagining what it means to be a people.

In a collaborative effort that is breathtaking in both its scope and creative vision, the biblical authors imagined their separate pasts as one story. They were convinced that their rival communities could join together as one people. In asking what it means to be a people, they rethought every facet of their existence, setting forth a diverse curriculum for a new form of peoplehood.

“A people that fails to establish an equitable economy cannot endure, let alone be free.”

At its center are laws and statutes demanding love for neighbor and stranger. The intuition guiding this project of peoplehood is that a nation is only as strong as its weakest members. A people that fails to establish an equitable economy cannot endure, let alone be free.

The line emblazoned on our Liberty Bell, “Proclaim liberty throughout the land,” comes from the biblical book of Leviticus (25:10). Many Americans consider it a call to independence, affirming the privilege of doing as one wishes (as long as it does not harm others). However, its biblical meaning is the opposite: “Proclaim liberty” means recognizing our interdependence and creating a socioeconomic safety net that prevents families from falling into irreversible poverty.

At the center of the Torah, and as the foundational text of Judaism, the book of Leviticus teaches that true liberty requires a new infrastructure and society—one that ensures that all, both citizen and stranger, have a secure dwelling place and means of livelihood.

As Americans, we can aspire to nothing less. We call upon you to act, with courage and creativity, to establish this kind of liberty for all.

This is a sacred task, and you can count on our support. 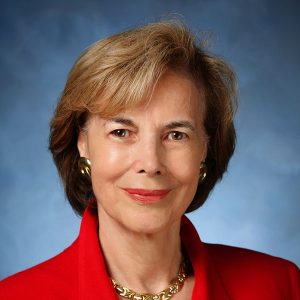 Tamara Cohn Eskenazi is the Effie Wise Ochs Professor of Biblical Literature and History at Hebrew Union College-Jewish Institute of Religion in Los Angeles. Rabbi Eskenazi is Editor with Rabbi Andrea L. Weiss, Ph.D. of The Torah: A Women’s Commentary, winner of the 2008 Jewish Book of the Year Award, and co-author of The JPS Bible Commentary: Ruth (with Tikva Frymer-Kensky) winner of the 2012 National Jewish Book Award for Women Studies. She focuses on the Persian Period, Ezra-Nehemiah, women in the Bible, and the significance of the Hebrew Bible for contemporary communities. Her commentary on Ezra (Anchor Bible) is forthcoming. 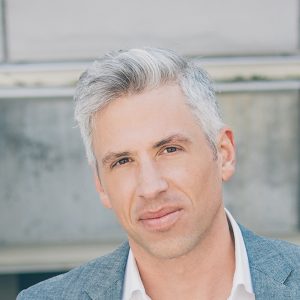 Jacob L. Wright, Associate Professor of Hebrew Bible at Emory University and Candler School of Theology, writes on a wide range of topics related to the Bible’s formation and collective life, with a focus on the role of defeat in the shaping of a new notion of peoplehood. His books on Nehemiah and King David have won major awards, and his most recent work, War, Memory, and National Identity in the Hebrew Bible (2020), is available open access on the Cambridge University Press platform. Wright teaches a “massive open online course” with Coursera on the Bible’s Prehistory, Purpose, and Political Future.