As you launch a new administration and congressional session, I encourage you to value traditions that a secular democracy can and should share with many religious traditions. One of them, from my own tradition as a Protestant Christian, is that of caring for and honoring the Other—the one who is culturally, racially, or socially different from ourselves.

The story that comes to mind is that of the Good Samaritan in the New Testament Gospel of Luke 10:29-37. The key to the story was that the Samaritan was a social-cultural Other. He represented a tradition that the Jews opposed. To put it another way, in my reading of this passage, he represented what the Insider Group considered to be problematic and a therefore a danger to their own identity. Jesus told his followers that this Samaritan acted in a way to be honored and emulated.

“…every person, even from a religious group different from my own, deserves the dignity of being honored…”

This story teaches that every person, even from a religious group different from my own, deserves the dignity of being honored as I want to be honored, that they share with me the same standards of behavior that put others first, and that they likely have something important to teach me.

As a scholar teaching at an evangelical institution, I have been saddened by how many white people representing this tradition have ignored this story and these important lessons. We honor Rev. Dr. Martin Luther King, Jr. for his espousal of non-violence, but then we find ways to justify our own violent acts against the Other, ignoring their dignity and humanity. This should not be. If we espouse non-violence only for Black people but insist on violence when white people feel threatened, then we have ignored our own scriptures. Moreover, we have ignored the values of a healthy and robust democracy.

May you receive a blessing as you seek to enact, in legislation and in policy, the spirit of the Good Samaritan and similar lessons from all religious traditions. 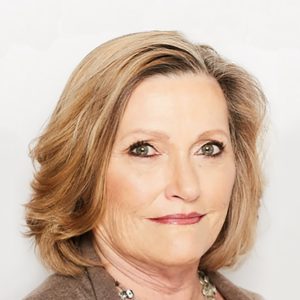 Kay Higuera Smith is Professor of Biblical and Religious Studies and Program Director of the Religious Studies Minor program at Azusa Pacific University.  She writes about social justice issues as they relate to Critical Gender Theory and Postcoloniality. In her most recent publication, Dr. Smith was Editor-in-Chief of Postcolonial Evangelical Conversations: Global Awakenings in Theology and Praxis (Downers Grove: InterVarsity Press, 2014). She currently has two books under contract, one on the historical figure of Mary of Nazareth and another on Latinx Biblical Hermeneutics.