Almost 800 years ago, a small community of German Jews faced a problem. Their town barely had a minyan, the 10 adults required for communal prayer. When major holidays came around, and a townsperson or two celebrated with family in another city, the town struggled to muster 10 men for its own observance. So the townspeople wondered: Does Judaism allow the community to compel a person to remain in town to make a minyan?

This question was put to Germany’s leading rabbi at the time, Meir of Rothenburg (1215-1293). He argued that the community does have such power because communal prayer constitutes a tzorech gadol, a great need. He noted that Jewish law similarly permits a town to force the baker to keep the bakery open on the eve of a festival so that residents have fresh bread for their celebrations. Sometimes, the needs of the community prevail over individual liberty. The rabbi added a caveat, however: if a town has 11, not 10 Jews, it may not prevent a person from leaving out of fear that one of the remaining 10 might fall ill and deplete the quorum. Having the extra person available to make the minyan is helpful, but not essential. Coercion may at times restrict liberty, in other words, but only when it is absolutely necessary.

While the struggles of a medieval town might seem remote from the concerns of a modern nation of more than a quarter-billion citizens, the basic tension between communal need and individual freedom rests at the heart of a country whose Constitution aims to “promote the general welfare” but also to “secure the Blessings of Liberty.” Many Americans fear that the balance in recent years has tilted toward the state and that liberty has been unduly compromised by the government’s power to tax, to police and incarcerate, to regulate business and trade, and so on. The restrictions resulting from the pandemic have exacerbated these concerns.

As we look ahead to the scourge lifting and normalcy returning, I urge you to consider the wisdom of Rabbi Meir: use the coercive power of the state cautiously to meet the great needs of the public, while ever safeguarding our inalienable and divinely endowed right to be free. 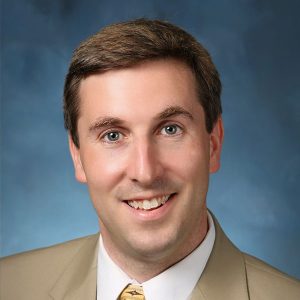 Joshua D. Garroway is the Sol and Arlene Bronstein Professor of Judaeo-Christian Studies and Professor of Early Christianity and Second Commonwealth at the Hebrew Union College-Jewish Institute of Religion in Los Angeles. Rabbi Garroway was ordained at HUC-JIR in 2003 and earned his doctorate from Yale in 2008. His books and scholarly articles focus on the emergence of Christianity against the backdrop of Second Temple and Rabbinic Judaism, and he lectures widely on broader themes in Jewish history. His publications include The Beginning of the Gospel: Paul, Philippi, and the Origins of Christianity (2018) and Paul’s Gentile-Jews: Neither Jew nor Gentile, But Both (2012).