The Hippocratic Oath recited by all physicians contains the phrase primum non nocere, “First, do not harm.” This pledge is rooted in both faith and reason, calling all human beings to acknowledge that all human life is fragile and must be handled with special care and attention. God created each human person of incomparable worth, with equal potential to flourish with dignity (Genesis 1:27-28).

“God created each human person of incomparable worth, with equal potential to flourish…”

During the last four years under the administration of Donald J. Trump, many tragic harms were committed that were an affront to human dignity and prevented human flourishing. Following the definition of Sister Joan Chittister, OSB, I contend that our prior president may have been pro-birth, but he was not pro-life. Sister Chittister  explains: “I do not believe that just because you’re opposed to abortion, that that makes you pro-life. In fact, I think in many cases, your morality is deeply lacking if all you want is a child born, but not fed, not a child educated, not a child housed. And why would I think that you don’t? Because you don’t want any tax-money to go there. That’s not pro-life. That’s pro-birth. We need a much broader conversation on what the morality of pro-life is.”

As you enter into your work as elected public servants—official representatives of the highest offices in the United States government—my hope is that in every decision you make, you will ask: Who might be harmed, marginalized, or killed by this decision? My prayer is that you will discuss among yourselves how your decisions might bring about a more beatific vision on earth, as it is in Heaven, where all people flourish through the praise, reverence, and support of God, self, and neighbor. 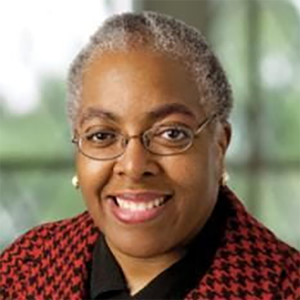 Shawnee M. Daniels-Sykes is Professor of Theology and Ethics at Mount Mary University, Milwaukee, Wisconsin. Holding degrees in biology/biochemistry and nursing, Dr. Daniels-Sykes received her doctorate in Religious Studies with a specialization in Theological Ethics and sub-specialization in Catholic Bioethics from Marquette University, Milwaukee. Currently, she is the only Black Catholic female Health Care Ethicist in the United States. A national and international speaker and teacher, her research and writing interests include beginning, middle, and end of human life concerns at the intersection of race, class, and gender oppression with movement towards liberation and freedom.