I write to you from the Christian tradition, from a Catholic college in Montana, on land that historically supported Salish and Blackfeet people, whose struggle and memory I strive to honor.

Scripture often depicts divine justice as a stunning reversal of fortunes. It is a source of comfort, but not to everyone. Hannah has seen God’s work and concludes: “Those who were full have hired themselves out for bread, but those who were hungry are fat with spoil” (1 Samuel 2:5). Similarly, Jesus tells his followers: “Many who are first will be last, and many who are last will be first” (Matthew 19:30). Jesus’ Sermon on the Plain also upends social status: “Blessed are you who are poor… but woe to you who are rich” (Luke 6:20, 24). These are hard teachings.

Human justice ought to echo and emulate divine justice, even in such reversals—a responsibility that the Catholic tradition names as “the preferential option for the poor.” This means that wherever we have choices, we should prioritize those with the least access to society’s goods. This work entails redistributing social resources to empower the disenfranchised. Further, it entails cultivating a perspectival solidarity that sees tax codes, environmental regulations, and housing policies through the eyes of those they affect most intimately.

“To protect the land is to care for the poor.”

At present, the preferential option points us toward those burdened by bias and discrimination, those abandoned by social safety nets, and those left behind by economic recovery. Accordingly, I would urge you to welcome immigrants, raise the minimum wage, combat wealth inequality, refuse to tolerate racial inequities, and strengthen legal protections for the LGBTQ community.

Moreover, as Pope Francis insists in the encyclical letter Laudato si’, the earth itself and nonhuman creatures are among the poor to whom we owe a special responsibility. This is not a separate matter. Clean air, fresh water, healthy food, and good soil are especially pressing concerns to our poorest human neighbors who cannot insulate themselves from ecological catastrophe with wealth. We all belong to the earth, dust from which we rise and into which we fall. To protect the land is to care for the poor.

Remembering that God’s justice attends to the poor, I urge you to hold yourself accountable to such justice. 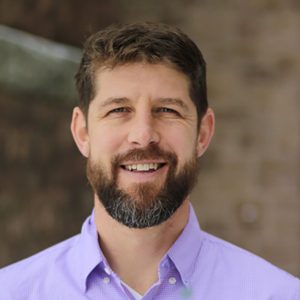 Eric Daryl Meyer is the Gregory Roeben and Susan Raunig Professor of Social Justice and the Human-Animal Relationship at Carroll College, a Catholic, diocesan, liberal arts college in Helena, Montana. He is the author of Inner Animalities: Theology and the End of the Human (Fordham, 2018).