Justice and mercy are complementary moral virtues. The complementary nature of justice and mercy finds expression in the biblical characterization of God as a god of justice and a god of mercy (Deuteronomy 4:31; 32:4; Isaiah 30:18; Psalm 89:14 [Hebrew 89:15]), and in the writings of the Hebrew prophets, who summoned both righteousness and loving-kindness as they fought for the soul of their nation (Micah 6:8; Zechariah 7:9).

President Biden, you have promised to fight for the soul of this nation. Fighting for the soul of the nation, as it struggles to recover its purpose and promise, will require the twinned virtues of justice and mercy.

“Fighting for the soul of the nation…will require the twinned virtues of justice and mercy.”

Justice, grounded in truth, makes social relationships possible through a commitment to what is fair and right. A cynical disregard for truth, magnified by technologies of unprecedented power and reach, has undermined trust in the nation’s imperfect but ever aspiring institutions, fueling the rise of domestic terrorism from anti-government and white supremacist groups. Restoring trust in our institutions, a commitment to our common humanity, and civility in the public square, means holding the purveyors of falsehood accountable for their words and actions. Those who promote the “big lie” of election fraud and other falsifiable claims and grievances must be held accountable for the terror and violence their words have unleashed. We have seen these lies crumble at the bar of justice, because justice demands truth.

But fighting for the soul of the nation will also require mercy. Mercy, grounded in love, restores ruptured relationships through a commitment to compassion and forgiveness. Jewish tradition teaches that forgiveness is a duty. Once an offender has borne the consequences of their wrongdoing, redressed injuries, and sought forgiveness, it is forbidden for the injured to be hard-hearted (Mishnah Bava Qamma 8:7).

Our nation requires justice and needs mercy. An ancient Jewish tradition compares God at the moment of creation to a king holding a delicate glass (Genesis Rabbah 12:15). The glass will shatter if filled with hot liquid or cold liquid, so the king mixes hot and cold. Similarly, God realized that if God created the world with mercy only, wickedness would abound; with justice only, it would not long endure. And so, God created the world with both justice and mercy, in the fervent hope that the world might endure. 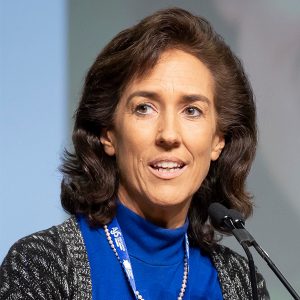 Christine Hayes, Sterling Professor of Religious Studies in Classical Judaica at Yale University, is a specialist in biblical and ancient Jewish studies and the author of several award-winning books, including What’s Divine about Divine Law? Early Perspectives (2015), and numerous scholarly articles. She has also authored two popular volumes: Introduction to the Bible, based on her free online course available through Open Yale Courses, and The Emergence of Judaism.  She lectures widely in the United States and abroad.