Our electoral campaigning process tends to favor candidates who come out strongly as being pro-this or anti-that. Taking a strong stand often wins an election.

Yet, governing a democracy is messy. Often leaders must compromise in order to move forward; but many elected leaders resist forgoing their ideals, even if or when those ideals—as lofty as they may be—stand in the way of actually governing. We have witnessed how deleterious such grandstanding and obstructionism can be to the functioning of governance and the administration of the basic needs of all Americans, from healthcare and social security, to education, housing and more.

“…a narrow-minded principled stand, no matter how noble, can have serious consequences.”

The ancient rabbis narrate a story that illustrates the ultimate futility of overplaying one’s principles and ideals. Babylonian Talmud Gittin 55b describes how the Second Temple was destroyed by the Romans due to several interconnected self-aggrandizing and over-principled stands taken by the people of Jerusalem and their leaders, the Temple authorities. In this text, the rabbis relate a complicated story in which a series of misguided events leads the Romans to test the Jerusalemites’ loyalty by sending a sacrifice to the Temple. Because Bar Kamtza, the man who prompts the Romans to send the sacrifice, previously had been humiliated by a fellow Jerusalemite without local leaders interceding on his behalf, he purposefully damages the animal, knowing it will be rejected. When the Temple authorities discover Bar Kamtza’s duplicity, they stand on their ritual-legal principles and reject the sacrifice, which causes the Romans to destroy the Temple in the ensuing war.

The religious authorities in this story show a lack of moral leadership, with devastating consequences. We tend to admire those who lead by their principles, and even personal faith; but in our vast, diverse, and beautifully multicultural country, a narrow-minded principled stand, no matter how noble, can have serious consequences. Moral leadership in America sometimes means stepping outside of one’s personal faith, ideology, or world-view in order to protect and uplift the whole community. 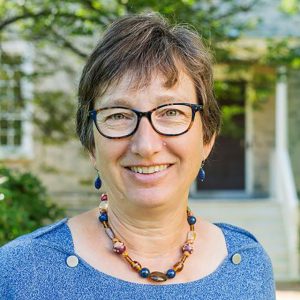 Naomi Koltun-Fromm is Associate Professor of Religion at Haverford College. She specializes in Late Ancient Jewish history, Jewish and Christian relations, religious polemics, comparative biblical exegesis, rabbinic culture and the Syriac speaking churches. In addition to her monograph, Hermeneutics of Holiness: Ancient Jewish and Christian Notions of Sexuality and Religious Community, she has recently co-edited The Blackwell Companion to Late Ancient Jews and Judaism, as well as The Routledge Handbook on Jerusalem. Her present book project focuses on the representations of the rock within the Dome of the Rock in Jewish, Christian and Islamic myth and history.