On January 6, 2021 our nation witnessed the violent attempt to not only overturn the presidential election but to rewrite history. The insurrectionists claimed the election had been stolen; so, as perceived victims, they believed they had a right to turn Capitol Hill into the battleground for their vision of this country.

This biblical verse and the events of January 6 warn us of what can happen when leadership lacks a vision—not just any vision, but a prophetic vision.

“Today we need prophetic leadership that can…articulate a vision of a more inclusive and just United States.”

The work ahead of you will be arduous. The change in administrations has not silenced or impeded the organizing of those who let loose restraint and nearly overturned our democratic processes on January 6.  You must eradicate the mechanisms of injustice that are, quite frankly, in the DNA of this country and that permeate government, education, and religious deliberations and processes.

We are a country at war with itself. We need your prophetic leadership and vision of justice, inclusivity, truth, and hope for the future of the United States. 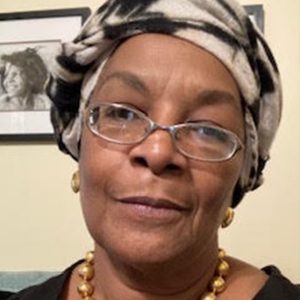 Phillis Isabella Sheppard, E. Rhodes and Leona B. Carpenter Associate Professor of Religion, Psychology, and Culture at Vanderbilt University Divinity School and Graduate Department of Religion, is a womanist practical theologian, ethnographer, and psychoanalyst. She is the author of Self, Culture and Others in Womanist Practical Theology (Palgrave Macmillan, 2011) and Tilling Sacred Ground: Interiority, Black Women, and Public Religion (forthcoming, Rowman and Littlefield/ Lexington Books, 2021). Dr. Sheppard examines Black women’s negotiation of race, gender, and sexuality in religious spaces. Her third book, Identity, Culture, and Religion: Womanist Ethnography and Black Women’s Vocation develops a womanist ethnographic methodology and will be published in 2022.