It gives great hope to us all to have leaders such as yourselves. We are grateful to know you are dedicated and serious about trying to solve the problems of our time. For it can no longer be denied that our world—our very planet—now faces unprecedented challenges, challenges to the very survival of humanity and the ongoing viability of the earth. The sentient creatures of our planet, human beings and other animals alike, face enormous suffering if we do not address those issues. In fact, people and other animals are already experiencing untold agonies due to the greed, animosity, and ignorance of some human beings, all of which are only getting greater in the 21st century.

The classic Buddhist treatise on compassion for others, Bodhicharya Avatara, written by Shantideva in India in the 8th century C.E., acknowledges how hard it is for anyone to truly care for another as much as they care for themselves. He marvels even at the very possibility of having leaders who can actually hear the pain of others. As he writes: “Such a being, unprecedented, an excellent jewel, in whom there is born concern for others such as others have not even for themselves, how is such a being born?” (1.25). The work goes on to teach its readers how to cultivate the capacity to sustain genuine altruistic care.

While that goal is hard to actualize perfectly, Shantideva urges us to cultivate compassion as much as we can. The key is to be able to see from the point of view of others, and to place our own narrow perspectives into question. That includes—especially for a society, or a country, or a corporation—seeing the harm we cause in service of our own selfish gain. Shantideva asks himself, and his fellow humans, on behalf of the less fortunate beings of the world: “Where can fish and other creatures be taken where I might not kill them?” (5.11). In an era of diminishing resources, we are fortunate to have leaders like you who are willing to take on an ethical perspective that benefits all of our fellow sentient beings. 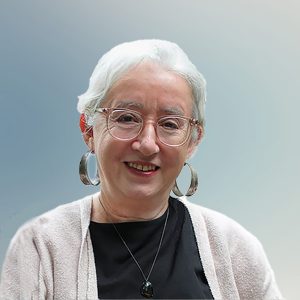 Janet Gyatso, Hershey Professor of Buddhist Studies and Associate Dean for Faculty and Academic Affairs at Harvard Divinity School, is a scholar in Buddhist Studies with concentration on Tibet. Her books include Apparitions of the Self (Princeton), a study of Tibetan autobiography, and Being Human in a Buddhist World (Columbia) an intellectual history of medicine in early modern Tibet. Dr. Gyatso has also been writing on memory, sex and gender, and on the current female ordination movement in Buddhism. Her present research focuses on Tibetan/South Asian poetics.  She has also begun a book on ethics and animals.