Robert Jones’ White Too Long: The Legacy of White Supremacy in American Christianity (2019) recounts how evangelicals, mainline Protestants, and Catholics have long helped to model and sacralize the United States’ race hierarchy. After centuries of complicity in racist oppression, Jones surmises that “the norms of white supremacy have become deeply and broadly integrated into white Christian identity, operating far below the level of consciousness”; so that, to many, “Christianity and a cultural form of white supremacy now feel indistinguishable.”

In such a context, we might magnify obvious examples, like the Capitol riot, in an attempt to make racist subterranean dynamics undeniable.

“…our religious diversity is both a cause and measure of our flourishing.”

But if we look deeper, we could see that the inauguration of President Biden, too, proffered Christian nationalism. How else to explain Garth Brooks’ singing “Amazing Grace”—his baritone performance interspersed with images of the American flag? Two minutes in, Brooks asked everyone watching to join him, “united” in singing a Christian mainstay. Though masked, Jennifer Lopez, Lady Gaga, and Vice President Harris appeared to join in. Dressed in jeans, his cowboy hat poignantly removed, Brooks’ performance modeled that white Christianity can powerfully represent the nation, if white Christian men approach this role with virtuous humility.

Such performances suggest that respectable, respectful Christian nationalism is welcome—even potentially necessary. But an America that is both multi-racial and egalitarian will also need to be consciously, constructively pluralistic in faith. To this end, the Biden inauguration’s interfaith prayer service was a start; as a nation, we need to go much further.

Any one faith tradition—when in power—can readily fall prey to the corruption of its highest aims. At Auburn Seminary, we actively embrace diverse religious traditions, in part, because we believe diverse witnesses sharpen our commitments to justice in the public square.

I invite you all to consider that part of your public service will need to include casting a vision for this nation in which our religious diversity is both a cause and measure of our flourishing. 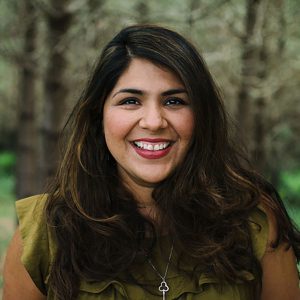 Erica M. Ramirez is Director of Applied Research at Auburn Seminary. A sociologist of religion, Dr. Ramirez earned her Ph.D. in Religion and Society from Drew Theological School. She wrote her dissertation on the ritualized construction of power in U.S. Pentecostal altar practices. She has recently published articles about Pentecostals for The Washington Post and Religion News Service. A Senior Fellow of the Louisville Institute, she serves on the Feminist Studies in Religion CoLaboratory Board and leads Auburn’s Future Story of America project, a resource that helps clergy address polarization in their faith communities.