What vision of peace guides you?

History demonstrates that the possibilities for peace may astonish us. The power of peace rooted in love can move mountains (Gospel of Thomas, Saying 48). I urge you to seek inspiration in stories and experiences from religiously grounded American social movements for peace.

Cutting-edge Quaker reformers from the seventeenth century to the present such as John Woolman, Anthony Benezet, and Lucretia Mott consistently invoke a transformative vision of a world where “nation shall not lift up sword against nation, nor shall they learn war any more” (Isaiah 2:4). Committed to peace as a means and an end, these Quaker religious leaders challenge us to “discover how far we are implicated, individually and nationally,” in war and the interlinked oppressions that make “the rich richer and the poor poorer” (Mott).

“Cultures of peace are all around us if we turn our attention to them.”

Cultures of peace are all around us if we turn our attention to them. The 20th-century Quaker sociologist Elise Boulding wrote about Cultures of Peace: The Hidden Side of History and the importance of intention in their creation: “The culture of peace . . . has to be learned.” We are social beings, and yet each of us is unique, so we have to learn how to deal creatively, on both the personal and global scale, with our varied “mosaic of identities, attitudes, values, beliefs, and institutional patterns” (Friends Journal 46.9).

Mr. President, your own Roman Catholic tradition inspired prophetic peace builders such as Dorothy Day, Thomas Merton, and the Berrigan brothers. Today, the Kings Bay Plowshares 7 bear witness to the imminent threat nuclear weapons pose “to the Earth and life on earth,” as well as the weapons’ role in perpetuating economic, and racial injustice and the global climate crisis. These Plowshares activists belong to a lineage of peace builders who show another way: human interconnectedness and a vision of “what it looks like to be a disciple of Christ in the 21st century.”

I appeal to you all to lend your support to peace research and study, educational programs, peace museums, storytellers, mediators, diplomats, and negotiators with time-tested commitments to nonviolent conflict resolution. May the vision of a just and peaceful world inspire you to lead with courage and imagination. 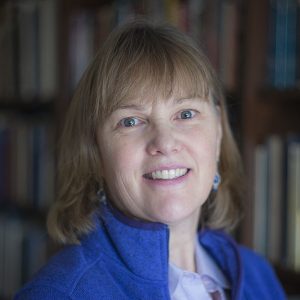 Ellen M. Ross is the Howard M. and Charles F. Jenkins Professor of Quakerism and Peace Studies in the Religion Department at Swarthmore College in Swarthmore, Pennsylvania. Her current research focuses on eighteenth- and nineteenth-century Quaker social reformers including Elias Hicks and Lucretia Mott.