The United States consists not only of citizens from different religious traditions, but also of different religious calendars. What was January 6 for most people was December 24 on the Julian calendar. On that day, the “Old Calendarist” Eastern Rite Christians (Russians, Serbs, and others) celebrating Christmas Eve that morning heard Psalm 2: “Why do the nations rage, and the people plot a vain thing?” (v. 1).

Imagine how it then felt to turn on the news and see those very words being played out in the nation’s capital. For several hours, none of us knew what would happen. This country, so carefully designed to avoid plots and violent overthrows of government, seemed to be facing such a threat. Some of its citizens, refusing to accept the results of a free and fair election, were attacking the U.S. Capitol itself.

“…your charge is more important than ever. Defend democracy. Defend the vote.”

It is not only the last few weeks. The last few months, the last few years, have shown us the lethal force of both plots and rage. Rage and fury and bile spew over social media, unleashing themselves into shattered windows and shuttered streets.

But rage and plots do not come out of nowhere, which brings us back to Psalm 2. The Psalm leads with a question. It asks why the nations rage and the people plot. In the United States, that question is especially relevant. After all, our democracy was built so that people could express their voices through their votes. Indeed, in Russian, the first language I learned, the word for “voice” (golos) is the same word as “vote.” But here and now, instead of defending our peaceful voting, some elected officials have urged the people to rage and plot—with fatal consequences.

The lesson is clear. Now that the peaceful transition we prayed for has taken place, your charge is more important than ever. Defend democracy. Defend the vote.

As each of you face the challenge of building a more perfect union, remember January 6—and remember Psalm 2: “Be wise now therefore, O kings: be instructed, O rulers of the earth” (v. 10). 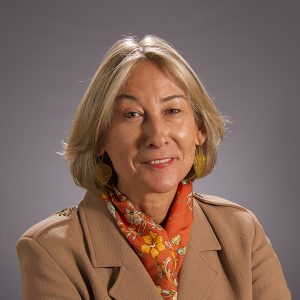 Nadieszda Kizenko, Professor of History and Director of Religious Studies at the State University of New York, Albany, is the author of Good for the Souls: A History of Confession in the Russian Empire, the prize-winning A Prodigal Saint: Father John of Kronstadt and the Russian People, and numerous articles on Orthodox Christianity including “The Feminization of Patriarchy? Women in Contemporary Russian Orthodoxy” (winner of Best Article, Association for the Study of Eastern Christianity). She studies Orthodox Christian history and liturgy in Russia, Belarus, and Ukraine.