Our country, like the rest of the world, has experienced turmoil during the past year: worry, stress, and distress over health, politics, and overall issues of fairness. So much trouble on so many fronts is taking a serious toll on our collective well-being.

Many millions of Americans practice Yoga regularly to cultivate mental, emotional, and physical health. Though some think of Yoga as a fad, it actually has a long history. Yoga originated in Asia and has been part of many faith traditions: Hindu, Jain, Buddhist, Sikh, Muslim, and Taoist. Millions of Christians, Jews, and people of no faith at all now practice Yoga as well.

Like many young people, I took up the daily practice as a teenager in the 1970s. I studied with Gurani Anjali Inti, an immigrant to the United States who grew up in Calcutta (now Kolkata). She taught people from all walks of life and all faiths. Her teachings included weekly reflections on how to cultivate the good life through the practices of nonviolence, truthfulness, cheerfulness, deep breathing, and daily performance of Yoga postures. We also learned how to meditate on the bounties of nature, connecting with the great elements of earth, water, fire, and air, all contained within space.

Yoga can be effective for addressing the pressing problems that confront people of all ages, but particularly the young: stress, depression, and anxiety. This low-cost tool fosters a sense of well-being and a sense of purpose. It provides a much-needed antidote to a life too often defined by the trivialities of shopping and social media. Returning to the body and breath allows the renewal of the spirit, essential for personal and societal health.

Michelle Obama brought Yoga to the White House lawn. Hopefully, this tradition will be revived—not only in the White House, but also in the House and Senate. 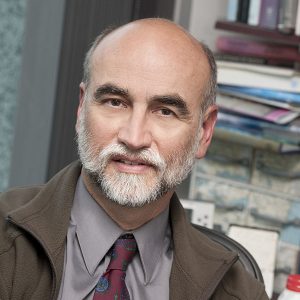 Christopher Key Chapple is the Doshi Professor of Indic and Comparative Theology and founding Director of the Master of Arts in Yoga Studies at Loyola Marymount University in Los Angeles. A specialist in the religions of India, he has published more than twenty books, including the recent Living Landscapes: Meditations on the Elements in Hindu, Buddhist, and Jain Yogas (SUNY Press). He serves as advisor to organizations including the Forum on Religion and Ecology (Yale), Ahimsa Center (Pomona), Dharma Academy of North America (Berkeley), Jain Studies Centre (SOAS, London), South Asian Studies Association, and International School for Jain Studies (New Delhi). He teaches online through the Center for Religion and Spirituality at LMU, which has a Yoga Studies certificate and degree programs, and YogaGlo.