While reflecting on all of the crisis and turmoil over the last year, I have repeatedly come back to the word “apocalypse.” “Apocalypse” literally means an “uncovering” or “unveiling,” not necessarily the end of the world. Apocalyptic texts in the Bible give readers a peek at the powerful, and often terrifying, forces at work behind a society’s curtain of complacency and collective denial—also known as “business as usual.”

These powerful forces can be symbolized by grotesque beasts with multiple heads, extraordinary natural disasters, or even stars falling from the skies (Daniel 7; Matthew 24:3–31; Revelation 6; 8:7–9:21; 11:7; 12–13; 16). The imagery is supposed to shake readers out of their complacency and force them to respect the awesome powers—both good and evil—that operate behind the curtain. And the apocalypse genre uses horror to convey the urgency of the moment.

“It is time for bold action.”

Over the last year, we watched much horror unfold: the brutal killing of George Floyd, police repression of Black Lives Matter protesters, the pandemic, the economic crisis, the inhumane treatment of asylum seekers, the human exacerbation of natural disasters seen in the Texas winter storms, and the insurrection on January 6.

These are apocalyptic events that uncover and expose powerful, terrifying truths about the U.S. They unmask the white supremacy woven into the fabric of the nation—and the kid-gloves with which it has been treated. They unveil the authoritarian motives of many politicians and religious groups. They uncover the disrespect that our socio-economic way of life shows toward Creation. They expose the contempt many business leaders and their political enablers have for ordinary people. They reveal the effects of unjust foreign policy toward Central America. And they demonstrate the crude selfishness encouraged by the American myths of rugged individualism and exceptionalism.

All of these problems existed before now; but our national apocalypse has thrown them in our faces in a way we are not used to. This is not the time to tinker around with policy. It is not the time for posturing or pandering. It is time for bold action. Our apocalypse has revealed some awful beasts. I pray you take its message of urgency seriously. 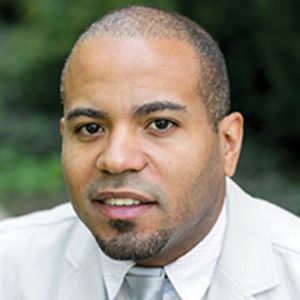 Brian Rainey is Lecturer in Biblical Studies at Princeton Theological Seminary. His biblical scholarship focuses on the formation of social boundaries in the Hebrew Bible and ancient West Asia and East Africa, especially ethnicity. His book Religion, Ethnicity and Xenophobia in the Bible (Routledge 2018) looks at anti-foreigner sentiment in the Hebrew Bible, Mesopotamian literature, and Deuterocanonical texts.