As you start governing our great nation, you might be inclined to look to our sacred texts for inspiration—and for good reason. Like the most important political speeches in history, these texts inspire us to seek justice and pursue the common good. As you now move from campaigning to governing, these lofty ideals become grounded in the more mundane.

In the Jewish tradition, we believe that sacred routines—seemingly mundane daily practices and habits—are essential to achieving  our highest aspirations. We oblige ourselves to giving tzedakah (charity), even when we hardly have enough for ourselves. We study, pray, visit the sick, or perform other acts of hesed (generosity and kindness), even if we don’t feel we have the time or energy. Over time, the discipline of these routine habits shapes our character for the better, thereby giving our days a deeper sense of meaning and purpose. As “one good deed leads to another” (mitzvah goreret mitzvah) (Pirke Avot 4:2), our self-interest becomes aligned with a more universal  pursuit of justice and the common good.

“May your ingrained habits of striving toward the Good, the Right, and the Just give you resilience and resolve…”

In the U.S., the Rule of Law serves a similar purpose. It constrains the arbitrary rule of those in power, ensuring the discipline to honor the process of law making rather than glorify the law makers themselves. Individuals and institutions are obliged to follow the Rule of Law no matter their self-interests or desires,  thereby limiting the ability to abuse their power.

It is no coincidence that the Constitution, the holiest of American documents, is filled with mundane rules and is rather short on inspirational text. Its virtue is to provide the building blocks and processes to limit injustices and inspire us to strive towards the values of equity, righteousness, justice, and freedom that define and unite us as a nation.

So be not discouraged that the rhetoric of the campaign now gives way to the reality of politics. May your ingrained habits of striving toward the Good, the Right, and the Just give you resilience and resolve as you work to attain your highest aspirations and bring about a brighter future for our nation and our world.

Ken yehi ratzon, May it be so, 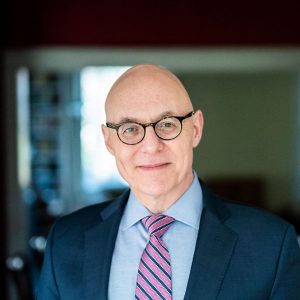 Andrew Rehfeld is the tenth President of Hebrew Union College-Jewish Institute of Religion and Professor of Political Thought. A leading scholar of political representation and democracy, Dr. Rehfeld previously served as President and CEO of the Jewish Federation of St. Louis and Associate Professor of Political Science at Washington University in St. Louis, where he was on the advisory council of the Danforth Center on Religion and Politics. His publications include The Concept of Constituency: Political Representation, Democratic Legitimacy and Institutional Design (Cambridge University Press, 2005). His academic interests focus on political thought and institutional design, and how those topics translate to Jewish studies and contemporary politics.