This Earth Day, I offer you wisdom from St. Francis of Assisi, the Patron of Ecology. Before writing his “The Canticle of the Creatures,” he announced: “I wish to compose a new hymn about the Lord’s creatures, of which we make daily use, without which we cannot live, and with which the human race greatly offends its Creator.” Thus, he praised God for the wonders of the natural world, from “Sir Brother Sun” to “Sister Mother Earth who sustains and governs us”:

Most High, all-powerful, good Lord,
Yours are the praises, the glory, and the honor, and all blessing,
To You alone, Most High, do they belong,
and no human is worthy to mention Your name.
Praised be You, my Lord, with all Your creatures. . .
(Umbrian Italian: Laudato si, mi signore)

St. Francis sang his Canticle amid war, political strife, and economic upheaval—all condemned in its later verses. He confronted those threats in positive ways that honored the integral ecology and dignity of the whole creation. Thus, the Canticle is primarily a call to conversion: to eliminating the causes of war, promoting equality, and caring for God’s creations—human and otherkind.

In Laudato Si’ – On Care for Our Common Home, 139, Pope Francis echoed St. Francis’ exhortation: “When we speak of the ‘environment,’ what we really mean is a relationship existing between nature and the society which lives in it. . . . We are part of nature . . .  We are faced . . . with one complex crisis which is both social and environmental.” Pope Francis insists:  “Strategies for a solution demand an integrated approach to combating poverty, restoring dignity to the excluded, and at the same time protecting nature.”

All people of good will are called to contemplate God’s creation, and then make personal moral, social, political, and economic changes to restore and sustain creation. I urge you to embrace today’s “climate emergency” as an opportunity for overhauling our nation’s infrastructure, creating jobs, and building a clean energy economy. For those intentions, let us pray with St. Francis: “give me true faith, certain hope, and perfect charity, sense and knowledge, Lord, that I may carry out Your holy and true command. Amen.” 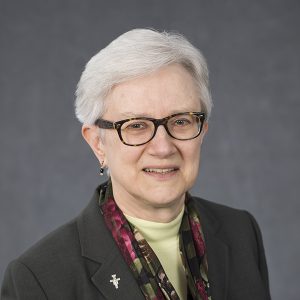 Dawn M. Nothwehr holds The Erica and Harry John Family Endowed Chair in Catholic Theological Ethics at Catholic Theological Union-Chicago.  Franciscan theology shapes her research and teaching of environmental ethics, stressing effects of global warming on the poor. Other interests include the religion/science dialogue, ethics of power and racial justice, and fundamental moral theology. Dr. Norhwehr’s recent publications include “The ‘Brown Thread’ in Laudato Si’: Grounding Ecological Conversion and Theological Ethics Praxis,” in Integral Ecology for a More Sustainable Earth: Dialogues with Laudato Si,’ (Lexington Books, 2020) and “For the Salvation of the Cosmos: The Church’s Mission of Ecojustice,” International Bulletin of Mission Research (January 2019).