It is time to declare anti-Blackness a national emergency. The interminable lethal police attacks on Black bodies manifestly reveal the state of the emergency.

It is past time that the U.S. confronts the truth that American exceptionalism—the deeply rooted social construct to protect whiteness at all costs—depends on a fundamental narrative of anti-Blackness. This narrative projects the Black body as inherently threatening and violent, practically more beastly than human.

“It is time to declare anti-Blackness a national emergency.”

This anti-Black narrative has penetrated our collective psyche. It explains the almost instinctive tendency of some individuals—even those who otherwise consider themselves non-racist—to call police on Black people engaging in ordinary human activities. And research shows how anti-Blackness insinuates itself in the police community.

That Black people are disproportionately trapped in the violence of poverty—with its social comorbidities of inadequate health care, substandard housing, and insufficient educational and employment opportunities—is no accident.

What then are we to do—especially at a time when we are politically divided and race-related anger and frustration stoke the cycle of anti-Black violence?

Presidents since the early nineteenth century have declared national emergencies  as imperative responses to critical threats to America’s security and well-being. Taking this step now could actuate:

We must confront this deadly national crisis immediately, committedly, and meaningfully. A national emergency is a minimal step needed to address the scourge of anti-Blackness. Our very lives and the well-being of our communities and this nation depend on it. 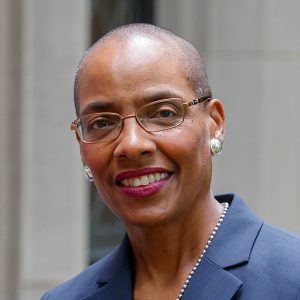 Kelly Brown Douglas is the Dean of the Episcopal Divinity School at Union Theological Seminary in the City of New York and the Bill and Judith Moyers Chair in Theology at Union. The Very Reverend Kelly Brown Douglas also serves as the Canon Theologian at the Washington National Cathedral and Theologian in Residence at Trinity Church Wall Street. Dean Douglas is the author of many articles and five books, including Sexuality and the Black Church: A Womanist Perspective and Stand Your Ground: Black Bodies and the Justice of God. Her academic work has focused on womanist theology, sexuality and the black church, and social justice.