Two decades ago, like millions of people before me, I immigrated to a country that many see as a place of promises and freedoms. Yet many others experience it as a place of dispossessions and exclusions. Convinced that there is a way to rule without reproducing their suffering, today I do not want you to learn from me, but from one of your compatriots: an American who undertook a reverse migration and can help us illuminate this alternative path.

Rabbi Marshall Meyer was a native New Yorker who moved to Argentina, my homeland, and joined local struggles during the 1970s, when a genocidal dictatorship was providing a service: it was keeping the Cold War cold in the North by heating the South. Thirty thousand voices who believed in a better and just world were kidnapped, tortured, raped, and murdered because they were categorized as enemies of “Western Christian Civilization.” Rabbi Meyer became a member of the human rights commission that went underground to investigate the crimes against humanity. Acknowledging his privilege as an American, he was the first to leave the meetings. If he was not taken, other members were safe to return home.

“…justice should be pursued by actively witnessing injustice…”

Rabbi Meyer was inspired as an activist by his mentor, Abraham Joshua Heschel, who marched with the Rev. Dr. Martin Luther King, Jr. in Selma after escaping the Holocaust. Influenced by his practice of communal weekly readings of the Hebrew Bible, Rabbi Meyer persuasively and persistently encouraged his communities to interpret the commandment, “Justice, justice you shall pursue” (Deuteronomy 16:20), in conjunction with the voice of  the prophet: “You are my witness” (Isaiah 44:8). He understood that justice should be pursued by actively witnessing injustice and fighting for structural changes that would dismantle those oppressions even at the risk of personal safety and comfort.

I encourage you to take inspiration from your own compatriot and rule by actively witnessing injustice. You better than anyone in the country have the chance to disarm structures of dehumanization.  This is not an easy task. But as Rabbi Meyer used to quote in the name of Rabbi Tarfon: “It is not your duty to finish the work, but you are not free to neglect it” (Pirkei Avot 2:16). 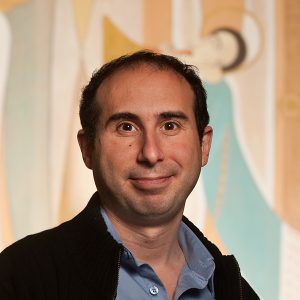